The Forest Management Programme is one way in which Programme for Belize cares for and cultivates Rio Bravo’s forest. There has been on-going research in proper management and resource use in Rio Bravo’s hardwood forests. For example, there is on-going exploration on the impact of different intensive treatments on the regeneration of mahogany and other shade-tolerant tree specie, and in modifications to the widely used selective harvesting system.

Timber operations revenue helps to support core management staff in the head office in addition to maintaining technical field staff. It also supports the maintenance of the Hill Bank Field Station by contributing to its operational costs as well as supporting other conservation programmes.

This programme has been pursued since 1994 developed from an experimental phase between 1994 and 2003 and transitioned into a full operational form in 2004. This process is detailed in the Hardwood Timber Business Plan (Wilson, 2004) and the RBCMA Forest Management Plan (2011-2015). The objective of this programme is to demonstrate that good forest management that meets high international standards can contribute to the local economy, while safeguarding social, environmental and economic benefits of the area.

Apart from becoming the second revenue-generating activity, this programme makes a strong demonstration of good forest management highly pertinent to improving current practice throughout the country. As the most reliable source of high quality timber in the area, it also substantially strengthens the contribution made by the RBCMA to the local economy. It forms part of the carbon sequestration pilot project by providing income to maintain protection/monitoring and by promoting high mahogany stocking. Furthermore, aspects of the planned silvicultural programme lend themselves to direct community participation such as seed collection and enrichment planning. The plot re-measurements, though included within this programme, are strongly linked with the research and monitoring work that is on-going in this programme. Non Traditional Forest Products (NTFPs) are also covered under this programme. 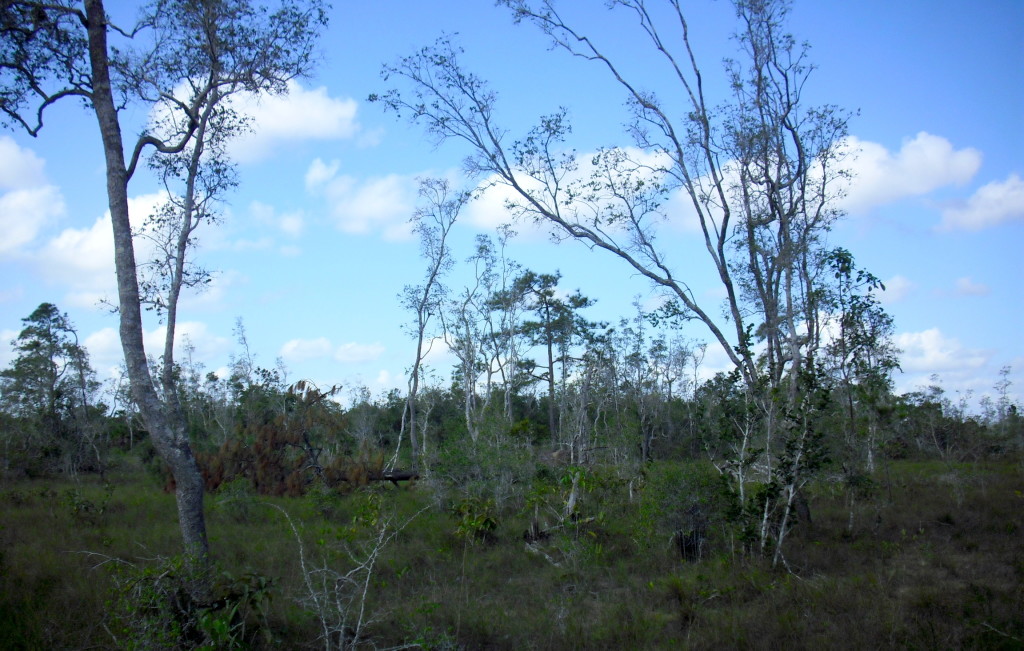 Meanwhile, The Savannah Management Programme is aimed at improving conservation of Rio Bravo’s vast pine savannah ecosystem. This area is exposed to constant burning from fires lit by hunters and farmers in adjacent properties and also dry season wildfires. This has resulted in seriously eroded pine stocks in some areas and a decrease in young pine regeneration as seeds are unable to withstand the high temperature of the fires. Another potential threat is the loss of habitat for two endangered bird specie: the Yellow-Headed Parrot and the Jabiru Stork.

Pine savannah covers approximately 10,000 ha of the RBCMA, in two separate areas of approximately equal extent – the ‘Rancho Dolores Savannah’ covering most of the area between the East Gate and The New River escarpment and the ‘San Felipe Savannah’ in the northern part of the RBCMA between Duck Ridge and the Booth’s River marshes. Both form the southern part of extensive bands of pine savannah habitat extending north-eastwards across the northern coastal plain.

The San Felipe Savannah covers 3394 ha and is very open, with some 90% covered by short-grass savannah with scattered pine. The remaining area consists of pine or pine-oak woodland and the wetter savannah fringe includes several poorly described swamp or riparian woodlands. The San Felipe savannah has always been a problem area for hunting and other illicit activity and burns frequently (estimated at c. 1000 ha p.a.). PfB has continued to step up patrolling efforts in this area with its available resources in an effort to reduce these threats.

In contrast, the Rancho Dolores Savannah is more wooded, with 87% of its 5531 ha area under open pine-oak or pine woodland with some patches now tending towards closed canopy forest. This is partly due to terrain, with better-drained rises covering a larger part of the area supporting pine stands that were regularly logged over until 1995, but is also due to better management. Fire control to encourage pine regeneration is an important component of the Rio Bravo Carbon Sequestration Pilot Project and has been applied here. Essentially, crews trained and equipped under the project were able to suppress eleven out of fourteen fires set between 1996 and 2003 while controlled burns associated with fire management training (in concert with The Nature Conservancy) have been maintained over 1000 ha in the Big Pond 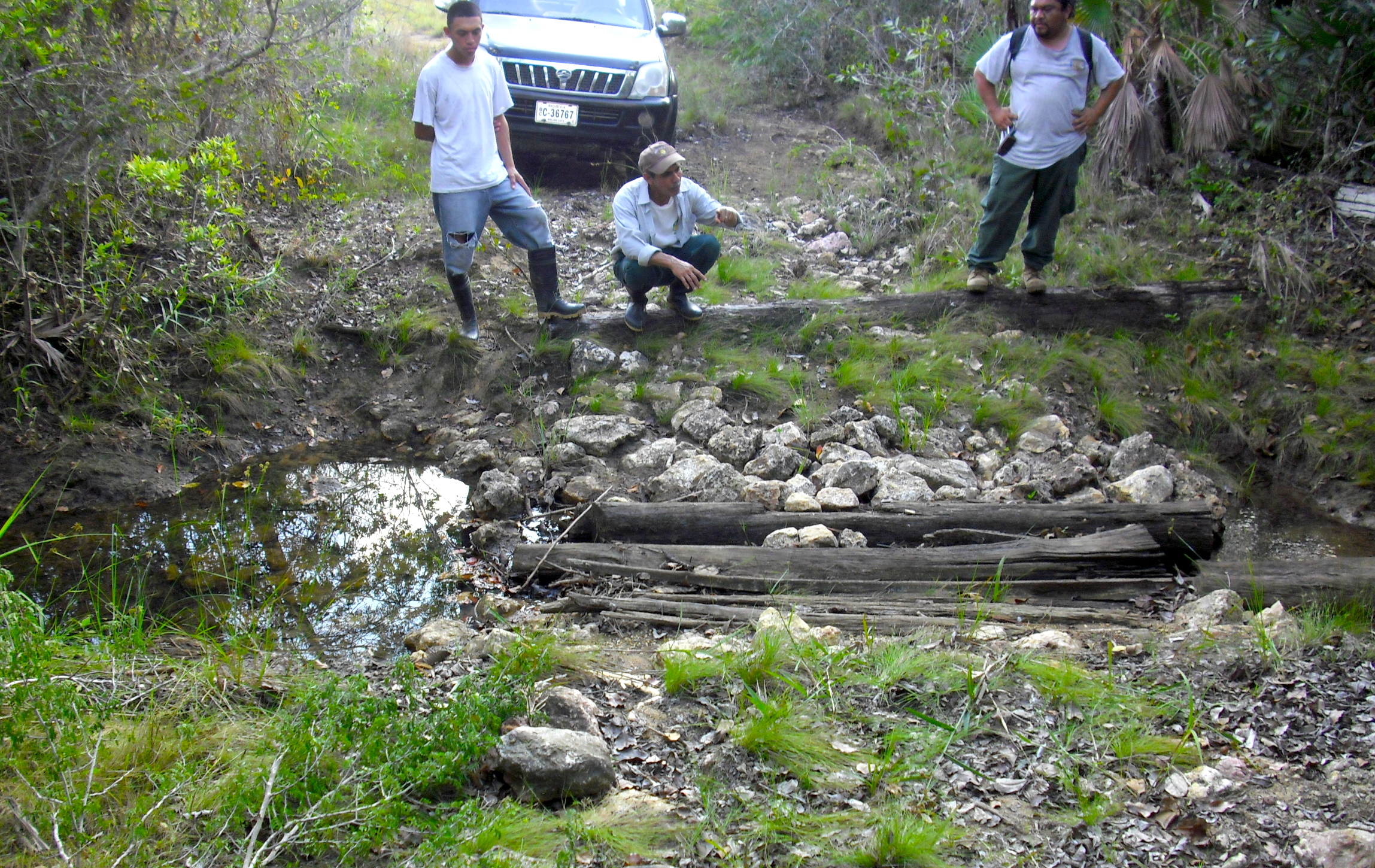 and ‘Tillett and Potts’ areas – i.e. along the East Gate-Ramgoat Creek road. Although unmeasured, this has produced considerable growth with well-grown stands and abundant though patchy regeneration over the past decade. While research is always on-going in the Rio Bravo, to maintain balance; approximately 50% of its land is managed as a strict reserve for the protection of its biodiversity and natural habitats.